It’s difficult to achieve strict compliance with shariah law in a system that’s based on Western concepts of money – from the dominance of interest-charging payment cards to interest-paying investments, all sorts of routine transactions carry with them a certain unease. That’s why Mohamad Sawwaf decided to launch a different type of financing platform in Canada – not just for the country’s Muslim population, but for anyone to use. Because, for Sawwaf, the future lies in accessible, fintech that’s also shariah-friendly.

“The global Islamic finance market is at US$2.7trillion and growing at a  double-digit CAGR [compound annual growth rate], so it’s the fastest growing industry worldwide”, explains Sawwaf, who holds a doctorate in Islamic finance from Henley Business School in the UK.

For this fintech founder, the need for an inclusive, 100 per cent shariah-compliant, online financial service was blindingly obvious when he set about building Manzil in Canada in 2017. Namely, the 1.6 million Muslims there who are underbanked.

Often, when people talk about underbanked demographics, they’re referring to the poorest members of society. It’s normally people with cash-in-hand jobs, or  those who’ve newly arrived in a country. But that’s not Manzil’s main demographic.

“In fact, Canadian Muslims have double the national average when it comes to household income,” Sawwaf reveals. “But when you look at their participation in housing, and in capital market solutions, they’re actually the lowest on that pole.”

Finding a solution for all that uninvested cash could be a serious ‘kerching  moment’ – if 1.6 million Canadians chose one platform that met all their financial and ethical needs, for example. “As we continue to grow and take  market share away from the conventional banks, they’ll start to realise this is a true opportunity that they missed out on,” says Sawwaf. But, right now, he just feels frustrated at all the lost potential.

“There’s all this wealth that’s just sitting, not participating in the economy. And this community is not growing, from a net worth perspective, because of a lack of product.”

Manzil hopes to correct that by providing a range of financing solutions, including mortgages and investments, that address the debt-averse nature of many Muslim people while encouraging them to save – even while they are making payments.  To that end, it recently teamed up with Canadian challenger KOHO, which is partnered with Peoples Trust Bank, to provide customers with low-fee, Visa-backed, pre-paid cards, linked to a KOHO online chequing account. The card rounds up change for saving and earns cashback from retailers. It allows practising Muslims to participate in paytech, guilt free.

“VISA doesn’t earn its revenue through interest, rather through interchange fees,” explains Sawwaf. “It’s the banks that charge the interest and, yes, VISA enables that for them. However, our job is to provide solutions that are ethical and create habits for avoiding debt, and if VISA helps us do that then it is essentially enabling us to reverse the habits of having debt-issued credit.”

Manzil doesn’t yet have a banking licence –“Our client servicing system is a modern treasury system that allows for payment reconciliation and automatic withdrawal of funds from the client account. I would say  it’s better than the banks,” says Sawwaf.  But it is licensed under the Mortgage Brokerage Act of Canada to originate, underwrite and administer funds in a totally online process. And it offers personal and business investment accounts with a  shariah-compliant portfolio managed by robo-advisor CI Direct Investing (formerly known as WealthBar).

“Everyone thinks it’s hard to find companies [to invest in]. But there are so many out there that by default are already sharia-compliant,” says Sawwaf. “The largest one – which is now a $trillion company – is Apple, of course.

“You have to look at these companies’ financials and assess three main things: debt to equity; liquidity; and whether they have any activities that are not permissible [for a Muslim to invest in], and as long  as that’s less than five per cent, you can  still invest in that company,” he adds.  “Once you’ve put in these filtration criteria, it becomes very easy, but you need somebody to do that research for you.”

When it comes to credit and loan schemes, Manzil is also preparing to launch the only halal car financing offer in Canada. So what’s permissible under shariah law for Manzil’s potential users? Take away the element of interest and construct it as a repayment plan, and that pretty much ticks the box. In other words, the margin for profit is built into the price of the product and paid down over a fixed period.

“Islamic banking is participatory rather than predatory, by which I mean one-sided, i.e. ‘I lend you some money, you’ve defaulted, and now I’m going to put you through the ringer and take everything else you own’,” says Sawwaf. “In participatory, we’re sharing the risk of that asset together – the profits and the losses.

“Murabaha is the name of one type of transaction which is a credit sale model,” explains Sawwaf, “with a re-sale at a higher amount that we agreed to over a specific period of time. In a Murabaha transaction there is no ‘lending of money’.”

This method of advancing cash for  larger purchases has a much wider  appeal, beyond religious compliance.  For one, it removes the uncertainty of a mortgage product renewing every few years on a new interest rate. In Canada, such a pre-determined property-linked repayment plan would work especially well.

“Here, 98 per cent of mortgages renew every five years,” says Sawwaf. “But with our product, you can have a non-renewable term for up to 25 years, so you get to fix that payment. And a lot of non-Muslims who are interested in that have approached us, too.”

In fact, they probably understood the advantages of such a product, from a purely financial perspective, better than Manzil’s target demographic, who have received very little financial mentoring in the past.

“When we turned all  of our products on, we thought there was going to be this influx of people,” says Sawwaf. “But what actually happened was that they didn’t even know the basics of investing, and that has nothing to do with Islamic finance. Basic financial literacy was the bigger obstacle that we had to overcome. This is not something we’re taught in schools and it needs to be added to the curriculum. We hope our government will listen to that.”

Meanwhile, Manzil is doing its best to address the knowledge gap itself – among both users and providers of potentially shariah-compliant products – by building a new ecosystem.

“We’re creating experts in legal, audit and finance, consulting and education [around shariah finance], because this is virgin territory, in Canada,” says Sawwaf.

“If you go to the UK, you can get Islamic finance degrees, there are law firms with Islamic finance departments, there are accounting and audit firms, and consulting firms with Islamic finance departments. None of that is here in Canada, so any time we have to engage with a third-party service provider, we’re always educating them and it is a challenge for them to say ‘this is something new. We don’t know if it can be done the way you want it to  be done, but let’s figure it out’. And, when they do, it’s a precedent because this is something they can now promote and say ‘we were the guys that did this for the very first time’. It’s an alternative methodology  of finance that is going to run parallel with its conventional counterpart.”

A disruptor in the paytech and lendtech space, Manzil, in Arabic, means ‘house’ or ‘foundation’, and in Urdu, Turkish, and even in Farsi, it means ‘destination’. By contrast, the name for the instrument that backs the biggest purchase most of us are ever likely to make – ‘mortgage’ – means ‘death pledge’. Whatever your background or religion, if you’re going to sign 25 years of your life away to a loan agreement, ‘destination/house’ definitely sounds more appealing than ‘death pledge’. It’s just one example of a new way of looking at things that Manzil hopes will spread. This article was published in The Paytech Magazine: Issue #06, Page 14-15 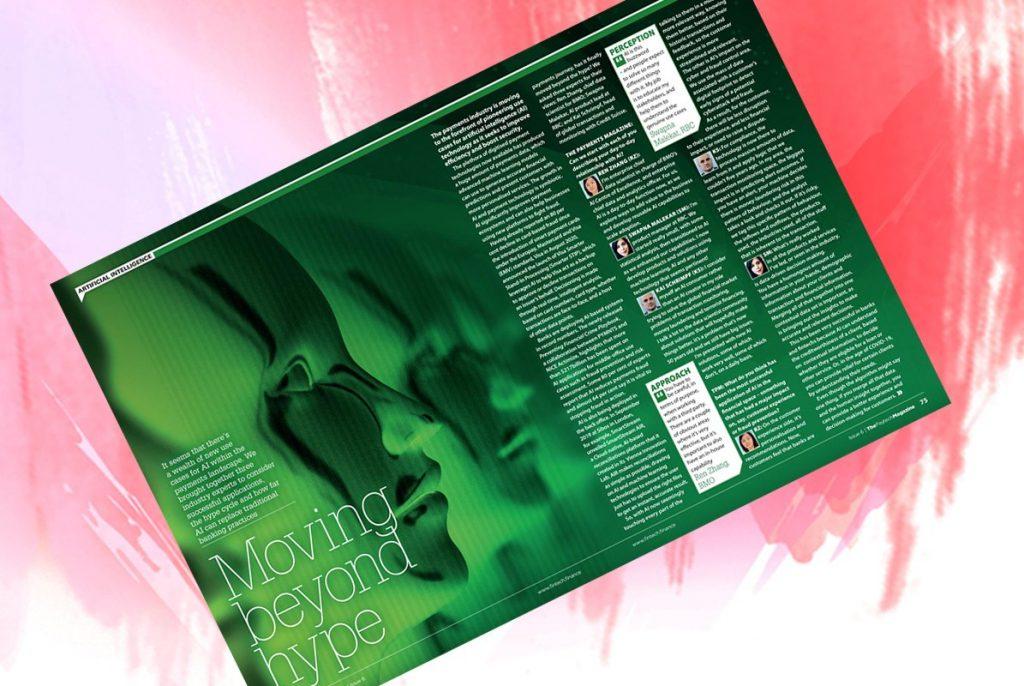