Purpl originated from Tyrian Purple, also known as Phoenician red, which was a major export of Phoenician port towns. Over a millennium, they developed an expansive maritime trade network, becoming the dominant commercial power for much of classical antiquity. Phoenician trade also helped facilitate the exchange of cultures, ideas, and knowledge between major cradles of civilization. We at Purpl, aim to reconnect Lebanon to the Lebanese diaspora around the world, one adopter at a time, by digitally powering the $7bn yearly remittances supporting the Lebanese economy.

Purpl Partners With Mambu to Ease Money Transfers to Lebanon

Purpl, a remittance and cash out aggregator combined with a digital wallet for Lebanon, today […] 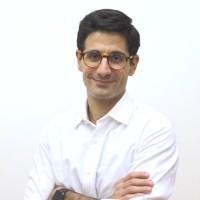